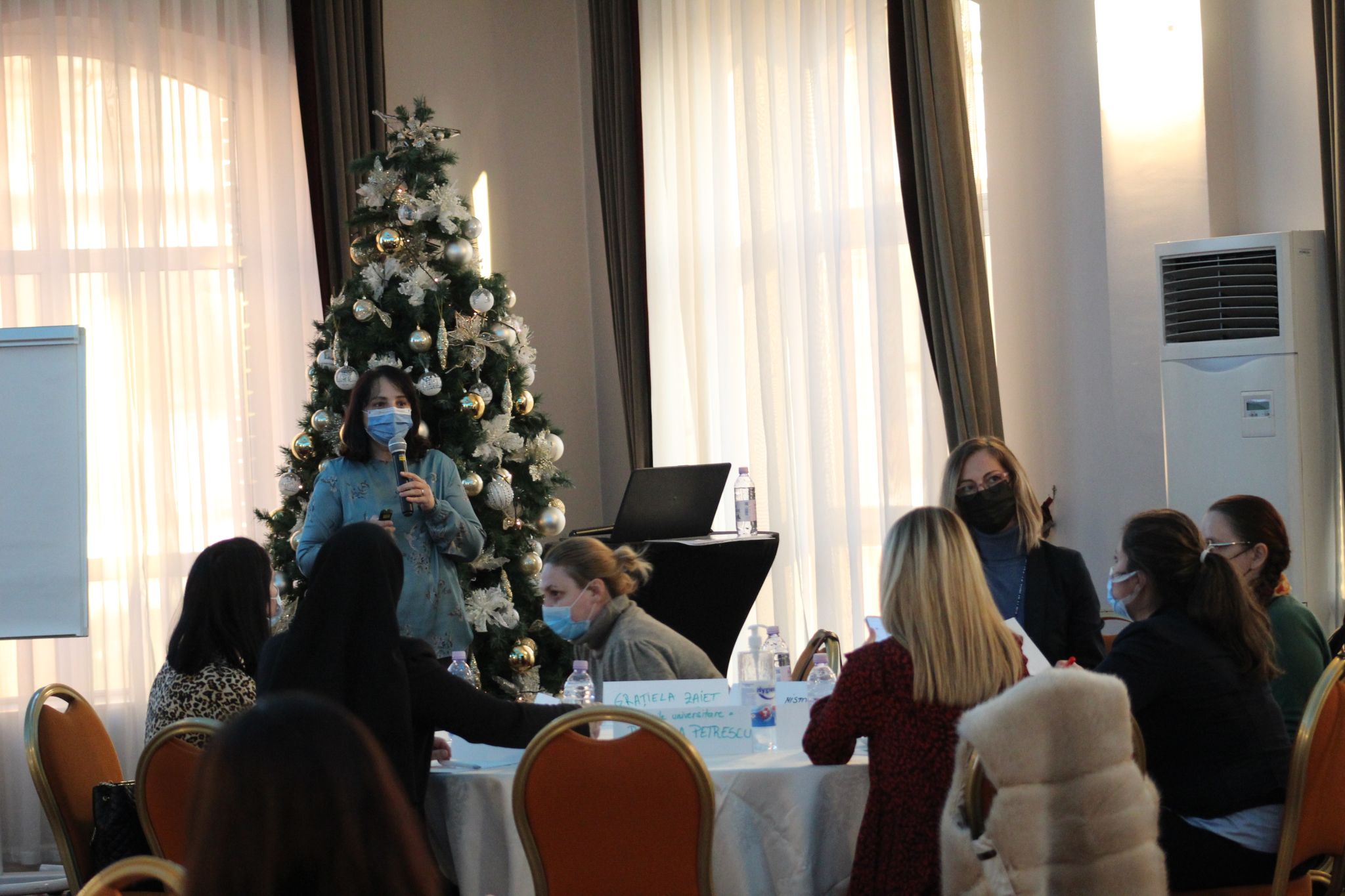 30 Nov The hackathon arrives in Romania

The event was organized during the week of the International Day Against Domestic Violence when we rise awarness of the problems  encountered by women victims of domestic violence.

The participants were asked to introduce themselves and their work.   Lidia Stoichici presented the context of the event (the ACTIV project, the guidebook) and the agenda. The participants were divided into 4 groups, 5-6 people at each table and each table and one raportour that summaried the solutions and they answered to the 4 questions listed bellow.  They had 5 minutes of thinking and then another 15 minutes of group discussions. At the end, each of the four rapporteurs presented the proposed solutions. Here are the questions:

The agenda of the event was the following:

Eeach of the four reportors presented the conclusions of the four questions discussed at each table.

The solutions proposed by the participants are the following:

1. How can we involve/work with companies?

2. Why it is not enough the support  received by  women victims of domestic violence  for professional integration?

3. How to develop synergies between the different actors involved in the process?

4. What can the ACTIV toolkit offer?

The event was very dynamic, very appreciated by the participants, all participants expressed their opinions. As we were unable to hold events due to the pandemic for two years, the participants were happy to meet and discuss the issues of socio-professional reintegration of women victims of domestic violence, as this is a challenge for all.

Another issue that was intensely discussed was the help given to victims of domestic violence by state institutions, Sector Social Assistance Directorates, National Agency for Equal Opportunities (ANES). ANES announced that they have opened several counseling centers in all counties, but in reality many of them are not functional.

Another issue that could become a legislative proposal was the allocation of children from families victims of domestic violence, which should follow the child.

When asked what the ACTIV toolkit can offer, the participants referred to what information should be contained (contact details, database, etc.) rather than what form, how this toolkit should be.

Another intensely discussed issue, was the need to create a database / guide that included available social services and a guide with instructions that victims of domestic violence can follow to reintegrate into society.

💜 After two years of research and interviews, the #ACTIVproject has just released its final publication: “(Re)insertion into society and the workplace of #women victims of #domesticviolence: recommendations for #workingtogether”.

🤩 On Wednesday 28th Nov. different stakeholders of socio-professional integration, associations, and engaged companies were at the conference to develop new synergies to fight domestic violence.